Richard Painter, the man "without a moral compass"

A brief follow-up on this post earlier in the week, about Richard Painter's harassment of an innocent third party, Sarah Braasch, based on falsehoods (Richard lies a lot)--below the fold, for anyone interested.

After learning of Ms. Braasch's history of personal and family trauma, and her psychological problems, Richard tweeted this (after several tweets about her) on September 16: 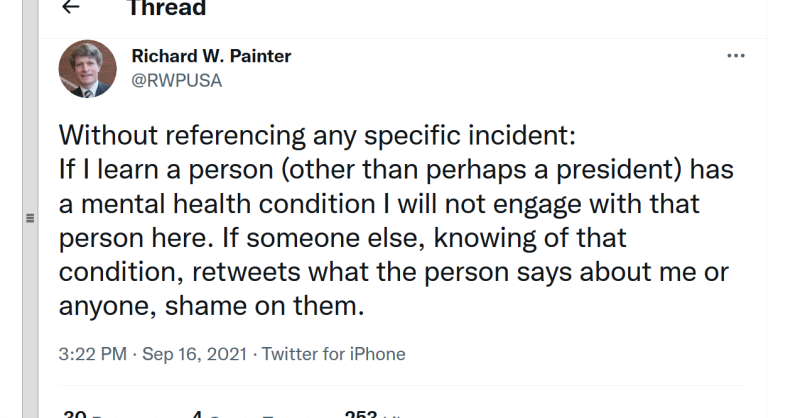 Being free of moral scruples, let alone a sense of shame, Richard then retweeted Ms. Braasch early this morning *September 23), adding a complete misrepresentation of her tweet (she is not accusing him of being part of any conspiracy, she is responding to someone else) in order to mock her and get his followers to attack her, which they did: 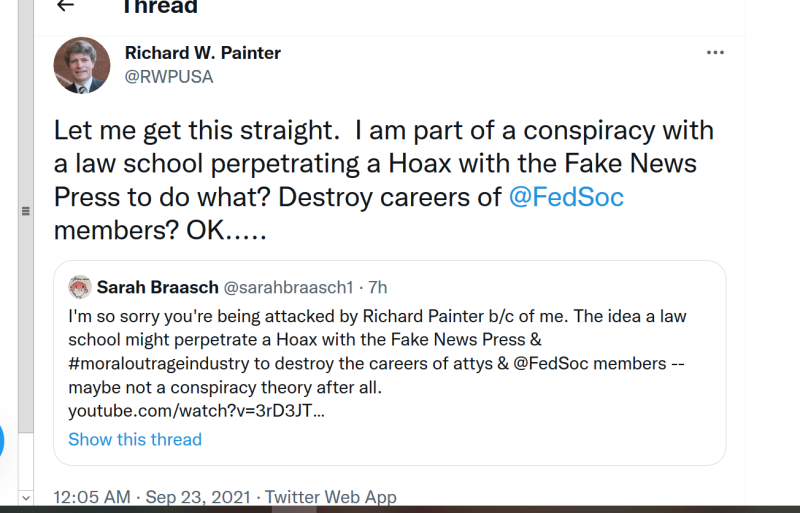